We had an executive coaching conversation with a client recently.  The leader in the conversation was a highly successful 30-something that grew his Inc 500 organization from scratch, but was now in position to realize that his leadership beliefs were limiting growth.  He realized the following two business aspects were present now that he achieved lift-off for his organization:

We asked several questions to him, with the majority revolving around “How will you push through that plateau and/or achieve full potential?”  That’s why we created Tip of the Spear’s Centered Executive Coaching programs for leaders just like him to solve exactly those challenges.

In our experience as Marshall Goldsmith Stakeholder Centered Coaches we’ve seen leaders behave in dramatically different ways, and several facets of leadership belief modification that have made Centered Executive Coaching so impactful for leaders and their organizations.

It’s a paradox for most leaders… What made them successful might be limiting them from achieving their full future potential. As Marshall Goldsmith said, “What got you here won’t get you there!” At the heart of this is a “core” leadership belief system which accounts for much of their success:

At risk is something akin to implementing a change initiative… You might get worse before you get better! Most leaders are not willing to risk getting worse, and therefore continue to go to the well they know.

What’s the Point? The next time you’re not pushing through those plateaus, or achieving full potential your beliefs just might be limiting your success. How you modify those beliefs will spell the difference between future success and failure.

If you’d like to learn more about our Centered Executive Coaching programs, and how they can help you/your organization achieve results in less time contact us.

As Executive Coaches, we’re often asked “Where do you see leaders spending the majority of the time?” In other words, where do leaders focus to maximize their results?  We’re interested in hearing your feedback, so we created the following poll:

Please share your perspective with us.  At the end of the study we’ll share the responses gathered to help provide feedback on the Leadership Challenge at hand: Where to Focus?

If you don’t focus on a target, odds are you won’t hit it.  Focus is the key to achieving results!

The Leadership Challenge: Where to Focus?

We run into a lot of leaders that are looking to hone their leadership skills, and nothing does more to propel their leadership capabilities as much as solid leadership communication skills.  In this post, we’ll take a look at why a leader should look to communicate with influence.

Ever look at yourself from these perspectives?  If you’re honest and on-target, you probably have.  If not, your people (team members, peers, and superiors) do!

What’s the Point? – Effective leadership communication is not an option!  You must bring your A-game so that you can hit your target for each and every communication encounter.

If you’d like to find out more about why leaders should communicate with influence, and more importantly the “How to” in order to implement/execute better communication skills as a leader, register for one of our upcoming Communicate with Influence sessions through the Javelin Institute.

Tip of the Spear’s partnership with The Leadership Challenge’s leading academics Kouzes & Posner, marries the academic rigor of their leadership model with the leadership experiences of Tip of the Spear’s delivery team. This leadership marriage provides an opportunity for leaders at all levels in your organization to receive a consistent set of the most effective leadership practices and behaviors available. The Leadership Challenge is evidence-based, informed by over 30 years of research and feedback from 5+ million global practitioners.

At Tip of the Spear, we have found that leadership development can be derived from the following formula:

When leadership is firmly anchored with the habits identified with the Leadership Challenge methodology, and unconditional leadership commitment is applied, leadership culture is driven throughout the organization. This leadership development methodology also provides a simple and memorable process to bring your organization’s core competencies and values to life.

For more information on how Tip of the Spear can assist your organization with developing leaders, contact us today.

At Tip of the Spear, we are the Inc 500 | 5000 Advisory Services Firm of Choice! We partner with leaders from the Inc 500 | 5000 who are challenged by stagnant business plateaus, and/or achieving their full potential (i.e., They are achieving Point “A” results, however the higher potential at Point “B” should be achieved).

After researching the best of the best in executive, leadership and business development, we launched our innovative offerings in Executive Coaching, Leadership Development, and Communication Skills Training aimed specifically for the Inc 500 | 5000… and we haven’t looked back since!

Here’s what we discovered:

Regardless of why leaders come to us, we help them focus on what really matters:

If you’re interested in achieving more, in less time, you should strategically partner with us.  Let our proven scientific methodology, that’s 100% guaranteed, show you how.  To immediately schedule a complementary consultation, email info@tipofthespearventures.com or complete the registration form below. 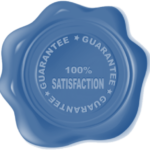