The Point: For a successful mergers and acquisitions event to take place, there typically is an avalanche of financial figure reviews/due diligence (actual, forecast, and delta explanations from both buy-side and sell-side). But we asked ourselves here at Tip of the Spear Ventures, is there more to consider than meets the financial eye? What happens when one organization’s culture is in apparent direct conflict with that of the other organization? So in this post, we examine the mergers and acquisitions topic of avoiding culture clash along with 3 tips… Enjoy! 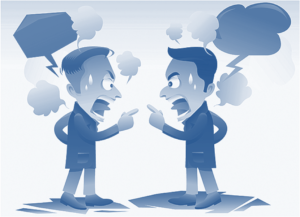 In today’s highly competitive new economy, where global industry heavyweights fight for market share, mergers and acquisitions (along with joint ventures) appear to be a logical outcome for those looking to be here to stay. Most markets across the globe (even in local communities) provide for three primary providers of products/services. Creating economies of scope and scale while establishing global brands. Or do they?

According to an M&A Harvard Business Review report, 70-90 percent of all mergers and acquisitions fail. So at some point after a merger or acquisition, somehow/someway these once promising “new” organizations that were great on paper failed in practice. So what went wrong?

Blocking the success path for many of these mergers and acquisitions (don’t forget joint ventures too!) is what could be considered a dominant barrier with the name culture. Let’s define culture as the implicit values, beliefs and assumptions that influence behaviors of those employed in an organization. While you may not be able to see culture spelled out, you certainly can see it being played out in the daily interactions amongst an organization’s stakeholders.

Aggressive and arrogant can be used to describe some company cultures, especially those doing the acquiring in M&A transactions. Typically thought of as “weak” and “gobbled-up” are organizations that get acquired. However, cooperation and promised synergies rarely materialize if both organizations cannot put aside their egos in order for the overall common good to take place.

Isn’t business funny, and the leader actions that take place in M&A? While some pretty bright people put together months worth of financial analysis, the marketing that represents the culture of the new entity is rarely recognized nor given consideration for change. On top of this lack of marketing recognition of the new brand, continuing on in a “if it worked then, it will work now” methodology has proven fatal. Recognize new cultural marketing opportunities as two become one.

When two failing organizations go through an M&A, rarely do we see success be the result. With the old adage of “desperate people do desperate acts” we see two failing organizations combining heading on purposeful path towards future failure. Examples prevail from button-down vs. khakis and engineering vs. sales based cultures not playing well with each other in mergers and acquisitions.

The Mergers and Acquisitions landscape is a complicated one, full of financial due diligence playing itself out. However, the financial figures alone cannot help in avoiding culture clash. In this post we’ve explore M&A – Avoiding Culture Clash and provided 3 tips to help leaders achieve greater success.

The Point: Considering mergers and acquisition is the general counsel of the company that has an advantage to identifying the players who will form his team in advance. Lawyers have a big role to play in M & A transactions, in which if it’s done badly it could be lower the value rather than to be high.

5 Tips (or Rules) to Follow for Successful Mergers and Acquisitions

Tip #5: Establish a dedicated transaction team before even targeting one

The timeline for completing a merger or acquisition is often very tight. The firms that will be used, the market specializes in transactions between listed companies and Legal services to reduce costs and since more and more transactions are cross-border, it is a good idea for a head of legal build relationships with colleagues around the world.

In the new rules of merger and acquisition once should pay the special attention to regulatory the issues. Rarely does a merger stumble because of a regulatory barrier, but if you wait too long before you evaluate that risk, it’s bad. The experts are unanimous: Advocates-General must ensure that no one in-house is committing a blunder causing a regulatory incident.

Tip #3: It is also necessary to have a team that will integrate the companies

If it is not necessary to put the cart before the oxen and operate as a single entity before having flattened all the obstacles, it is nevertheless necessary to foresee its blows in advance. A team is therefore responsible for identifying the departments whose operations will be merged and which departments will not be merged.

Mergers and acquisition transactions are relationships that grow and require companies to redefine themselves. If the transaction risks losing value rather than creating it, it may be better to retreat.

The fact is that the teams negotiating the transaction are so focused on the realization of the deal that they sometimes do not have the necessary distance to notice the problems that arise during due diligence. These problems are sometimes manageable by changing some of the terms of the initial agreement, but they are sometimes too important to ignore.

Tip #1: Take lessons from each transaction

The more we make, the better we are especially if you take the time to take stock after each transaction. What worked well? What were the problems? Why? This provides equipment for creating lists of things to check during the next transaction. And one avoids repeating the errors.

In this post, we’ve explored mergers and acquisitions and what I consider to be the new rules of therein that can provide detailed information and new phases to consider along with 5 tips (or rules). Success often comes from repeating successful processes, but can also come from conducting autopsies of failed activities.

PS – If you or your organization are challenged as a result of M&A activity, please don’t hesitate to drop me a line and request future post titles! Here are a few of the other M&A titles previously published/in the works:

– Will Your M&A be a Success of Failure?

– The Importance of a M&A Strategic Plan – 3 Tips!

– M&A: Is Leadership Transparency the Key to Success? – 6 Tips!

– How to Successfully Survive Mergers & Acquisitions