The Point: As part of our Business Advisory Service for Sales/BizDev at Tip of the Spear Ventures, we’ve encountered a number of organizations that are considering selling/merging with another organization. As such, they’re great candidates for our M&A (Mergers & Acquisitions) advisory service. With each passing year where we offer M&A consulting, we find that the best plan is to prepare for the M&A activity, including putting together a team of professionals (In addition to consultants, attorneys, CPAs, etc.) But what if we don’t assemble a top-talent team to assist with Mergers & Acquisitions? In this post, we’ll explore the new rules of mergers and acquisitions, along with providing 5 tips… Enjoy! 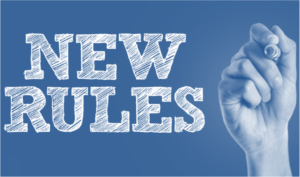 Often essential for a company’s revenue column, mergers and acquisitions must be done in the right way to ensure that post-M&A creation is as profitable as pre-M&A activity. Why conduct the M&A after all if there would not be significant gains to be had? What follows are 5 tips (or rules) that should be contingency-planned in order to create successful mergers and acquisitions outcomes:

The timeline for completing a merger or acquisition is often very tight. The firms that will be used, the market specializes in transactions between listed companies and Legal services to reduce costs and since more and more transactions are cross-border, it is a good idea for a head of legal to build relationships with colleagues/consultants around the world.

In the new rules of merger and acquisition, one should pay special attention to regulatory issues. Rarely does a merger stumble because of a regulatory barrier, but if you wait too long before you evaluate that risk, it’s never a good strategy. The experts are unanimous: Legal counsel must ensure that no one in-house is committing a blunder causing a regulatory incident.

If it is not necessary to put the cart before the horse and operate as a single entity before having accomplished all the mergers and acquisitions obstacles. It is nevertheless necessary to foresee potential blows from a lack of team integration well in advance of the M&A activity. An Integration Team is therefore responsible for identifying the departments whose operations will be merged and which departments will not be merged.

Mergers and acquisitions transactions are relationships that grow and require companies to redefine themselves. If the transaction risks losing value rather than creating it, it may be better to retreat, pass, or say “No.” The fact is that the teams negotiating the transaction are so focused on the realization of the deal that they sometimes do not have the necessary distance to notice the problems that arise during due diligence. These problems are sometimes manageable by changing some of the terms of the initial agreement, but they are sometimes too important to ignore. If it’s not a good deal, regardless of ego/time involved thus far, you’re probably better off pulling the M&A plug!

Rule #5: Take Lessons from Each Transaction

The more we make, the better we are especially if you take the time to take stock after each M&A transaction. What worked well? What were the problems overcome? What were the problems we were unable to overcome? What did we not anticipate that we should anticipate next time? These “lessons” provide the “equipment” for creating lists of things to check for during the next transaction (In an effort to avoid repeating similar errors).