fear of missing out

The Point: I see a lot of different types of leaders at Tip of the Spear (Yes, not all leaders come in one size/form/fashion!) However the one character trait of a leader that I’ve recently I encountered is The Fear of Missing Out (FOMO). FOMO can cause you as a leader to head outside of your comfort zone. FOMO can also be the leading cause of crippling you/your organization. So in this post, whether you are leading the charge at a startup, a turnaround organization, or simply looking to lead better we take a look at the Fear of Missing Out… Enjoy! 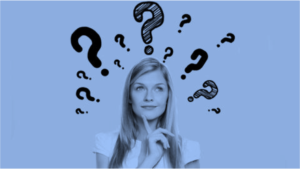 I recently interviewed a leader for one of our Centered Executive Coaching programs. By all outward appearances, this leader could be seen as extremely smart, driven, and in the right business place at the right time to succeed. They had taken a startup idea through the creation, formation, launch pad through lift-off phases with success. Granted, there had been a few tree tops clipped at time of departure, but the organization appeared to be flying steady and heading to an apparently great destination.

However the leader sensed a difference. Perhaps she sensed a difference not in the organization that they built, but a difference in themselves. Gone were the days where all-nighters fueled the belly of the business beast. Gone were the days where all-hands were on deck to solve whatever problems arose. Gone was the common thread mentality that we might be “often wrong… but never in doubt!” The leader self-diagnosed themselves with the Fear of Missing Out (FOMO).

A few behavior “layers of the onion” lower the reasons for her FOMO were more evident. “I feel like I have to be everywhere all the time!” she said. Throw on top of that spread-thin moment her fear that the organization would not be able to capitalize on the latest/greatest innovations or business trends.

“What if we’re building the next generation offerings and no one wants them?” was a fear that kept her up at night. These fears were fueled by her continual checking of technology. We barely made it through an hour and a half together without her checking her iPhone, answering a text, responding to a phone call, looking at the latest KPIs on her organizations dashboard, responding to Facebook or Twitter, etc. It was maddening to witness, let alone be the person these moments were directed at.

Let’s Be Honest About FOMO

In researching the FOMO topic, one thing became abundantly clear to me: Technology might be fueling the fire of FOMO (For a great article on the topic and how Social Media adds to the FOMO plight, view this article from the New York Times: http://www.nytimes.com/2011/04/10/business/10ping.html). However, the tip of the spear pierces directly at a leader’s fears of disconnection and dissatisfaction. Such fears drive leaders to make decisions they often wouldn’t make or ones entered into blindly. While there certainly can be a tabulation of how such poor decisions impact individuals and organizations, the leaders responsible for them furthermore fear the acts necessary to stop making them.

FOMO is the new/improved version that your mother always warned you about, that being keeping up with the Joneses. You remember the good old days where if the Jones got a new television or car, those that chose to race with them would soon follow suit and make similar purchases (Typically of a bigger/better variety!) There is good news though… If you’re a leader who is aware of what you are doing, you can curtail the tendency. Illuminating the decision to be made, considering potential directions to take with it (as well as contingency planning for what may go wrong), and then determine if the course of action is really worth pursuing at all can help break the FOMO-curse.

In this post we took a look at the Fear of Missing Out. FOMO can cause you/your organization to stray off course from what made you great. FOMO when coupled with technology can gain a deadly stranglehold. Knowing that a FOMO-moment is at hand and acting appropriately can cure you of the ailment. Perhaps your mother was right (again!)