The Point: I’ve seen a lot of leaders come, and I’m certain I’ll see a lot go in the future. But what is it about the “best” leaders that we can share with you? The “Best” Leaders one way or the other always have maximum impact on their organizations, their industries, and the world! The following seven (7) part series was developed from coaching conversations at Tip of the Spear and plays an integral part in our Business Advisory Services (Leadership Development, Executive Coaching, and Communication Skills Training for Leaders Series). In Step 1 of 7 for Maximum Impact Leadership we looked at your ability to ask questions. In Step 2 of 7 we looked at your ability to secure feedback from those questions by listening. In Step 3 of 7 we looked at your ability to think of what is being said. In Step 4 of 7 we examined your ability to thank others for their feedback. Here in Step 5 is the opportunity for you to respond (but do so at your own peril!) I hope that you’re able to implement these seven (7) “best” practices for maximum impact leadership… Enjoy! 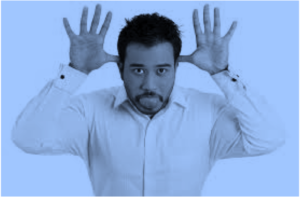 Recall that in Step 1 of 7 of developing your maximum impact leadership, you are asking stakeholders to provide you with feedback on how you can be the “best” leader possible. You’ve asked several key questions that drive towards that destination. In Step 2 of 7 you needed to do the easy part of listening (or difficult part, depending on if you read the post!) In Step 3 of 7 we took a look at ways in which you could “think” differently (or at least this should have been different from your current thinking habits. In step 4 of 7 we realized that thanking is as much a part of the leadership equation as doing.

Thank You… No Really, Only Say Thank You!

On one leadership development assignment I had nearly a decade ago, the client asked if I would work with them to create a customized 360-degree assessment. This assessment tied in perfectly with the leadership competencies we had identified earlier in the consulting arrangement, and appeared to be the next logical step in developing tomorrow’s organizational leaders today. However, throw logic out the window because we failed to put in place a “braking” mechanism that in hindsight was a no brainer, but for where we were wasn’t even on our radar map.

I’m Gonna Get You Sucker!

The braking mechanism that we should have thought of (but didn’t) was the idea of report-out retribution. In other words, once a leader received 360-degree feedback from their stakeholders, it’s imperative that they don’t take action against those that have taken the time to provide them with such feedback. Instead, the leaders of tomorrow acted more like Genghis Kahn of Mongolian Empire fame than Ghandi.

One leader in the development program went so far as to write out his own “Hit List” based on feedback received. Sometimes accurate, sometimes not he developed a list of his stakeholders and guessed which feedback went with whom. Having identified in his mind who was “with” him and who was “against” he proceeded over the next two-three years to handout easy assignments to those “with” and punishing ones for those “against.” All in all, he was wrong… Not only in guessing those with/against, but also in his methodology.

The “Thank You” Model

So what is the proper way to say “Thank You” after receiving the feedback from a 360-degree assessment? I’m often asked if there is a method I recommend, and here is a word track for it:

“Mr. Stakeholder, I wanted to thank you for participating in my 360-degree feedback assessment. I don’t know the details regarding who said what, but I do know that in providing me with details regarding how/where I can improve, my stakeholders like you have provided me with very valuable data on how I can be a better leader. So thank you!”

You might have noticed that the proceeding message is short, positive, targeted, and to the point. The focus of your “Thank You” is on the feedback and how you can be a better leader moving forward (Exactly the target-zone of the 360 degree assessment, right?)

Keep Your “But” Out Of The Thank You

There is one mistake that some leaders make when approaching this feedback moment through their reply. Some leaders insist on saying “Thank You” and then following it up with a nice/big “But” to their stakeholder. In doing so, whatever goodwill moment you were hoping to achieve went straight out the window. In executive coaching sessions I hear of this “but” moment and inquire as to why the leader did so. Mostly from a place of blame-avoidance, sometimes from a fear of loss of control, and almost always from an ego zone the leader feels compelled to bring up why they are the way they are.

In completing your 360-degree assessment, your associates know who you are and that you act a certain way in given situations. Good, bad, or ugly they really don’t care to learn what your logic is for your behavior. So keep your “but” out of the response.

Ask, listen, think, thank, and respond to the stakeholders around you for maximum impact leadership. In your leadership development sessions and/or executive coaching moments you will have the opportunity to search for best practices and word tracks on how to respond to stakeholder feedback. Know this much, “But” is never an acceptable response and should be kept out of your reply.