The Point: Do painful truths create faster growth, deepen trust, and build long-term relationships? This is the promise of a management technique known as “Radical Candor.” Popularized by high tech firms, the approach recommends cutting through the political correctness of conversations and therein allows for a more truthful dialog. But is the truth often clouded and dependent upon perspective of the truth-giver? In this post we’ll examine Radical Candor and provide 4 tips to assist in overcoming the leadership challenge of radical candor… Enjoy! 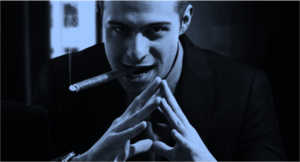 How many times have you found yourself in a situation where as a leader you should have zigged, but chose to zag due to the political climate of your organization? If you’re like most of the leaders I work with, you’ve probably fallen to the pressures to conform more times that you wish to admit. Enter the management concept known as “Radical Candor” where you no longer have to cow-down to conflict! Sounds pretty good right?

Radical Candor allows a leader to say what they want to say when they should be saying it. In other words, you have the right, no make that the duty/obligation to tell your stakeholders what they are doing wrong and why if/when you perceive it to be so. I’m not certain what you’re picturing in your mind, but my first image is that of the boss smoking a cigar and blowing smoke in my face… Pure humiliation results (in its purest form of course) and the receiver of such Radical Candor can only revamp their resume and begin their career search.

Radical Candor not only allows leaders to share from their perspective what happened, but also provide course corrections. Corrections that in and of themselves may very well be career course corrections. But what if the leader that practices this “speaking of the truth” has the situation misinterpreted? What if they simply don’t understand what’s occurring? Perhaps worse yet, what if they harbor a grudge/ill-will against the receiver?

As a leader there are times when you simply have to make the call and decide which direction is the best given the information you have at the time. You might be making the right call, but then again you very well might be making the wrong one (In which case hopefully you’ve read my previous posts regarding decision making and course correction!) As judge/jury/executioner of the corporate mission/vision/values a leader puts themselves in the perilous plight of having to determine right versus wrong. While business decisions involving dollars and cents might seem relatively easy, the stakes increase dramatically when it’s time to comment on the behaviors/actions of those around you. So should you do so without holding/bighting your tongue?

4 Tips to Overcome the Leadership Challenge of Radical Candor

The following 4 tips should act as assistance guides so as to overcome the leadership challenge of radical candor:

You’re going to have the opportunity to provide radical candor feedback for nearly every sentence/action taken by your stakeholders. I’ll encourage you to be slow and more importantly go slowly when providing such feedback. I’ve seen way too many managers that jumped the gun (so to speak) and provided feedback prior to understanding everything (and yes, everything is needed!) Not only should you get all your facts in order, but perhaps comment after a pattern of events occurs.

Tip #3 – Be on the Same Radical Candor Page

Imagine how odd it would be for stakeholders to receive such radical feedback without the knowledge that their leader was invoking such leadership rules? It would not only surprise most, cause some to question your mental faculties, and at the minimum create a few human resources complaints! Share with your stakeholders the methodology, intended outcomes, and rules of the road so to speak at the onset of installing Radical Candor.

One of the most valuable tips I ever received was from Marshall Goldsmith (Yes, that Marshall Goldsmith who is the world’s leading executive coach to Fortune 100 C-Suite Leaders). He encourages the leader to respond to feedback with a simple thank you. No defending/deflecting what was said… No getting beet-red in the face… Just a simple thank you. Now you might want to buckle-back and get more details later, but in the heat of the moment say thanks.

Radical Candor can be great feedback to receive, but know as a leader that the most highly functioning organizations that adopt the technique allow for two-way communication of honesty (brutally honest that is!) Not only are you expected to dole out such candor, but part of the gift is also receiving (Your welcome!)

In this post we’ve explored the management technique of Radical Candor. While the leadership challenge at hand might seem like no challenge at all, for those that engage in such open/honest dialog with their stakeholders there is always, always, always more at stake than meets the eye.