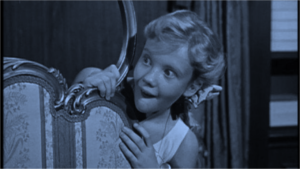 I was introduced to the “Pity Parade” concept about a decade ago. This concept goes something like “it’s easier to be down in the dumps, as opposed to upbeat and optimistic.” If you ever notice, or took the time to count just how many people are down as opposed to up, you’d quickly surmise that the ratio is about 10:1 (Down:Up). That’s a pretty staggering quantity… So why are there so many people choosing (It is a choice after all to determine your attitude) to be down?

The reason so many people prefer to be down, or negative, is that it is simply far easier. If it takes less muscles in the human face to smile as opposed to frown (43 to frown while only 17 to smile – Check it out for yourself at http://science.howstuffworks.com/life/inside-the-mind/emotions/muscles-smile.htm), why put in the extra effort to be negative. The choice (again, it’s a choice!) is that while the initial effort/energy might be greater, the long-run follow-up effort/energy is, well, effortless. You will expend far fewer calories as a leader being negative. Being positive strains your leadership muscles and causes you in the initial moments to exert additional effort/energy as well as in the long-run. So this is why the “Pity Parade” has so many members in it… and it’s a long parade!

Let’s go back in time to see if leadership “Pollyannaish” tendencies are dictated by human history… All the way back to around 150 AD. Picture a world very different from the one today (What, no iPhones? Tragedy!) A world ruled by the Roman Empire, stretching for nearly 75% of the known world. A world run by Roman Emperors and in this time period the great Marcus Aurelius. The backbone of this empire some could argue came from the philosophical lessons handed down from the Greeks. One such Greek was none other than Menander. Now Menander was a sort of Steven Spielberg meets Saturday Night Live of his time, and is the best known representative of Athenian New Comedy (He penned 108 comedies and took the prize at the Lenaia Festival 8 times – something akin to the Oscars I would imagine).

Menander was known for his quick wit, and captured many a stinging quote in his work. One such capture consisted of the quote “So surrounded by good things was he…” which allowed the audience member to fill in the blank regarding exactly what it was that our hero in the work had regarding choices to be made. It was in this Pollyannaish moment that we can realize that when everything is going right, perhaps there is some major wrong taking place! To the rescue comes our Emperor (Marcus Aurelius)! He quickly quips back regarding this line “So surrounded by good things was he… That he didn’t have a place to take a sh!t!” (Of course this is a relative translation and loose interpretation, but you get the point). This must have caused some sort of Pity Parade to form… Do you think there were those whispering ‘memento mori’ (remember you are mortal) to one another in the parade? Me thinketh not…

Pollyannaish for Good or Evil?

So the leadership challenge of being Pollyannaish is staring you right in the face… What are you going to do? How are you going to behave? Week in and week out I see leaders struggling to maintain composure and control of their operations. At the heart of this struggle is their attitude… The attitude that they have 100% control over! They choose whether or not to be positive or negative, and it’s often in these choice-trenches that they win or lose the business war for the day, the week, or their careers.

One of my favorite lines or questions in conducting a conversation, be it a consulting engagement, a coaching conversation, or just a mere acquaintance conversation to align around a topic is to ask “Are you up for an observation?” Surprisingly, I’ve never had anyone say “No” to my request! Perhaps because it is a level-reset opportunity, or the truth is staring both of us in the face, but my intentions are to share something for the good. My experience has shared with me that because just so many of us dwell in the negative that a good moment shared just might establish the trajectory of the day, week or career.

In this post we’ve taken a look at the leadership challenge Pollyannaish. Remember, being negative is easy. Strive for the hard leadership moment of being positive, while not forgetting to simultaneously be cautiously optimistic and you will set a tone/pace in the much better positive direction for your organization, your stakeholders, and yourself!