The Point: It’s not whether you are born with executive presence or not, it’s whether you’ve got it or you don’t! We have a lot of first-time leaders that work with us that state their number one goal is to increase their “Executive Presence” in our initial meeting. But what exactly is Executive Presence? In this post we take a look at 10 characteristics that comprise the topic so that you can enhance yours as well… Enjoy! 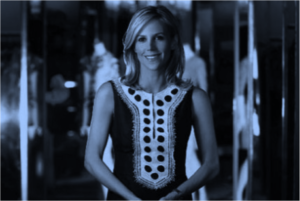 In their 2014 published article titled “Understanding Executive Presence: Perspectives of Business Professionals” authors Gavin Dagley and Cadeyrn Gaskin initially admit that Executive Presence“is an unclear concept but one that reportedly has a substantial influence on successful leadership.” So it should go without saying that the concept, even as elusive as it is to define, can and does have a dramatic impact on the perception of ones ability to lead. In their study of nearly 400 CEOs, C-Suite Leaders and Professional Development Managers, they found that with such presence 89% reported such presence helps people get ahead, and conversely 78% reported that limited presence will be a major factor in them being held back.

10 Executive Presence Characteristics to Work On

So with such a loose definition, one can imagine that little more than the U.S. Supreme Court’s definition of pornography would ensue (We’ll know Executive Presence when we see it!) Well that’s not good enough for you if you’re a leader or a high potential candidate looking to increase your odds of leadership success. With that in mind, Dagley and Gaskin identified the following 10 Executive Presence Characteristics: