The Point: At Tip of the Spear, we reflected during the Holiday Season on just how lucky we are to work with the leaders that engage with us… They are some of the smartest people we know, extremely hard-charging, and they’re looking forward to accelerating their 2015 achievements. However, we also know that there is another leadership population out there that doesn’t engage with us. So we asked one of our new 2014 leaders what the biggest difference is in heading into 2015 working with us versus last year when he was ‘flying solo’ without us. The following post represents his perspective, as well as an opportunity we know you’ll want to take advantage of… Enjoy! 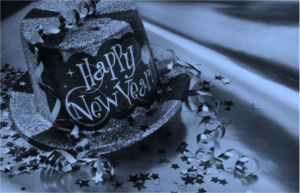 Flash back one year ago: John* was a senior leader for an INC500 organization. A quick learner, he wasn’t with his organization during their ‘good old’ startup days. Instead, he was recruited to come join the initiative after the founders had successfully gone through ideation, creation, formation, launch-pad and achieved sustainable lift-off. He came in at a senior associate position, but quickly rose through the ranks and was provided an opportunity to lead a team, then a department. Like so many leaders we run into, he was quickly promoted (relatively quick) but without leadership provisions (He had no idea what he was doing!) He remembers asking if he could participate in a leadership development program and one of the founders responded “You’re a quick study… You’ll figure it out!”

I Don’t Want To Get Out of Bed!

The year for John quickly went by… The good times didn’t seem to last nearly as long as they should have. The bad times seemed to last twice as long as was necessary though! As John approached Q4 2014, he was miserable… “I didn’t want to get out of bed in the morning! It’s not that I didn’t love the work, or the company’s mission, it’s just that here I was a first-time leader and totally overwhelmed not with what my subject matter expertise (SME) is, but with the ‘softer’ skills of leading people.” Faced with the facts that something must change, John started searching the net for the best leadership development programs. He found several of our blog posts on leadership, the messages resonated with him, and he outreached to see what we might do together.

So here we are, a year later and John has the following observations regarding what’s different about him as a leader this year versus last:

If John experienced a ‘dog-chase-tail / tail-chase-dog’ moment prior to working with us in Q4 2014, he definitely is in position to conduct a much different 2015 campaign as a result. Setting the leadership bar even higher in 2015, he’s poised to have his best year ever!

So ask yourself the following Centered Executive Coaching questions:

* John’s name has been changed for the purposes of this post.