The Point: Some leaders go far beyond the abnormal ways of functioning in leading the business… They go right into the deep end of the narcissism pool!So that got us thinking here at Tip of the Spear Ventures, what would you do with a leader that loves themselves/their work-product far more than their stakeholders/organizational output? We see this in business when the opportunities for excess are great. So, in this article we explore the leadership challenge of narcissism, along with 10 tips… Enjoy! 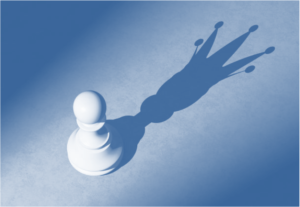 Tom is a mid-level manager (Vice President) at a midcap market company ($150Million in Annual Revenue). Tom exercises in a fashion described as a “leadership of excess.” To say that he is a leader, and an effective one by some measures, is accurate: he has tons of charisma, energy, and the ability to inspire stakeholders with low/no drama. But when Tom took over his department a few months back, he made the first move in a series of events that culminated in his demise, pitting stakeholders against him, each other, and a very powerful C-Suite leadership team. Tom’s role as instigator of this chaos led many to question what kind of a person he was.

Some organizational insiders described Tom as simply going mad, no longer in full control of his faculties. Others, an admittedly small faction, denied that there was ever anything wrong with him. This minority would argue that he merely operated by a very different set of rules from those that other leaders within the organization adhered to. In reality, both factions were partially right!

Whatever the case might be, Tom and his actions brings us to several interesting questions regarding what exactly makes a leader go off the rails plunging headlong into narcissism:

10 Tips to for The Leadership Challenge of Narcissism

While Tom might not be able to be saved from the clutches of narcissism, you, your stakeholders, and your organization should be spared. The following represents 10 Tips to help therein overcome the leadership challenge of narcissism:

Establishing a clear vision allows for the narcissistic leader the opportunity to not only align current company mission/vision/values, but in those instances where they do not yet exist create them.

Narcissistic leaders tend to create a following that propels them/their egos forward. Ensuring that this propulsion is well timed/well placed is imperative.

Abrasive outcomes best describes situations where criticisms were leveled with the narcissistic leader. The atmosphere of allowing constructive criticism to provide alternative perspectives is a much happier outcome.

If devalue and humiliation are the cornerstone of narcissistic leadership, establishing relationship building opportunities that show care and value for others is desired.

Values often drive the narcissistic leader, regardless of how misaimed they may be in reality. Avoid leadership narcissism by recognizing signs of destruction, no values, a preponderous level of fickleness and desire to change direction often because of boredom.

Narcissism often manifests in leaders desiring to build an empire, leaving legacies that reflect there sphere of influence. Allow the opportunities for big businesses to be built.

While leadership narcissism reflects a desire to receive empathy and understanding from stakeholders, their ability to provide empathy is void. Bridge the receive/give empathic energy canyon!

“Whatever it takes” and “Win at all costs” are the mantras of the narcissistic leader. Establishing clear ground rules for healthy competition are imperative for organizational longevity.

Narcissists love recreating themselves in others, often dictating their behavior in mentoring situations. Mentoring for motivation creates a more structured atmosphere where leadership narcissism works within carefully constructed realms where motivation is the desired outcome.

In this post we’ve explored the leadership challenge of narcissism and provided 10 tips for organizations/individuals challenged by the narcissistic leader. When are we going to recognize that narcissism is but one of the leadership characteristic potentials, that when properly classified and directed can have significantly more successful outcomes as opposed to when left to run free? If the fuel for narcissism is recognition, perhaps the 10 tips provided can create exponentially successful outcomes.