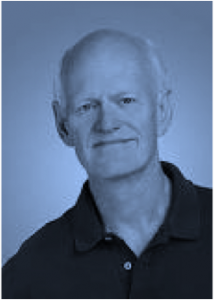 Goldsmith is often quoted saying ‘Coaching is simple, but not easy!’ But SCC is easy to understand and highly practical as well. Not to mention, Stakeholder Centered Executive Coaching also differs from popular leadership training programs. Most leadership coaches teach that success owes itself largely to inherent traits. While Stakeholder Centered Executive Coaching doesn’t deny this, but it explains how sometimes these inherent traits can actually stand in way of you/your organization’s success.

On the Job Development

SCC is both cost and time effective, and you are able to accelerate leadership growth on the job. By integrating stakeholder feedback as part of the training, the coach is able to bring about sustainable behavioral change without exhausting company resources.

A Change of Attitude

A recurring theme of SCC is helping leaders understand that the mindset that helped them achieve success in the past may now actually be disastrous for the growth of the company in the face of present complexities. Marshall describes these as ‘belief barriers’ to a leader’s success.

Most executive coaching programs focus assessing leadership effectiveness and action planning so that the leader comes to recognize their strengths and weaknesses. But while this is a critical step to initiate the coaching process, it can result in a list of areas of improvement areas that is so long that it hinders any action from being taken.

Stakeholder Centered Coaching on the other hand ‘takes the action’ right into the leader’s work environment with the stakeholders. The stakeholders then provide important and insightful suggestions for behavioral change to help the leader become more effective for the organization.

And this valuable feedback is not brushed aside for future deliberation, instead it is implemented and followed through to achieve sustainable behavioral change, thus creating more effective leadership behaviors and habits. If the change implemented is not sustained, recognized, and acknowledged by stakeholders in the workplace, then the coaching program has failed. Simple as that.

From Trainee to Trainer

Finally, once leaders themselves have been coached for about a year, they themselves become equipped to coach their own subordinates. Hence, the behavioral changes further become sustainable to the point they become engrained in the company culture.