The Point: Have you ever imagined of what the world could have been if there wasn’t failure nor success? You’d be forgiven to think that all there would be is success. At the same time, and it is very subjective, you could conclude that success and failure exist in a conflicting manner. Our executive coaching methodology here at Tip of the Spear (Centered Executive Coaching) is no exception to these! However, we’ve identified some of the most common demises to successful executive coaching as follows… Enjoy! 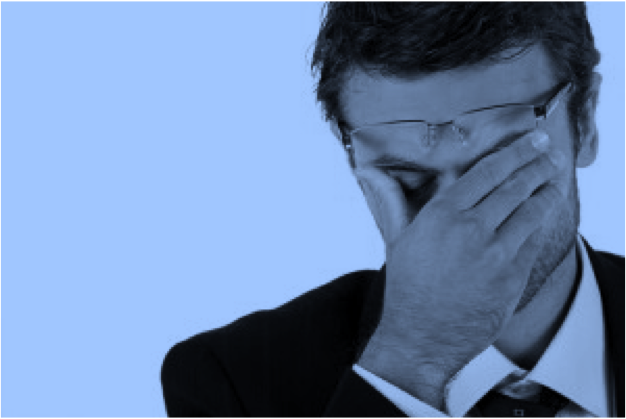 First, the executive coaching engagement can fail because the coach and coachee (client) fail to communicate properly. A virtuous man once said:

“What we have here is a failure to communicate.”

Miscommunications occur in leadership development when an executive coach doesn’t take the time to understand the relationship surrounding the coachee. The coachee in turn develops negative attitude towards the coach, hence erecting barriers in the process. As a result, the coachee can end up becoming frustrated, and seeing little/no results from the coaching experience.

No Room for Human Error

Human beings can never be perfect. However, there is always a pursuit for perfection. The two very rarely meet! Know that there should always be room for imperfection. When the coachee and the executive coach enter an agreement, they make a dangerous assumption that “all will be well” and the organics of a business relationship will surface. Such assumptions can, and often will only lead to dissatisfaction and shifting of blame in the end. It is of paramount importance that all factors are considered (all the conditions of the organization) to allow for any unexpected occurrences and to provide success a shot in the executive coaching arrangement.

Coachees often fail to appreciate the value of the fact that they are the ones who are supposed to work and not their coaches. As a result, they opt to leave the whole duty to the executive coaches who carry on to the end without helping them in any way whatsoever. This unfortunately can be very common. Before this process rises to the relationship surface, the coachee should know that he or she plays a central role in the success of the program.

The executive coach can get frustrated in the middle of the leadership development program. This happens especially if the coach cannot handle pressure and criticism from the coachee (or the sponsoring committee from the organization that is paying for the initiative). The ability to deal with negativity and any other issues arising from the client is a virtue that should not depart from the executive coach. Coachees should also be educated (and dedicated) to behave maturely and to promote a conducive coaching and learning environment.

The setting of goals is a must in an executive coaching initiative. There is no success in any undertaking without the ingredient of being goal-oriented. It enables the two parties to remain on course and hence realize the ultimate purpose. The organization should involve both the coachee and the coach in setting the standards to make the goal inclusive and without working any assumptions.

A cocktail of the above-mentioned reasons could see the titanic of the executive coaching to sink (or remain afloat!) On the contrary, if their remedies are put into application and in record time as we prefer at Tip of the Spear during our Centered Executive Coaching initiatives, success is realized more times than not (and with a 100% satisfaction guarantee!)