The Point: What is the job of a CEO? Opinions may vary, but perhaps Peter Drucker answered the question best when he stated “The CEO is the link between the Inside that is ‘the organization,’ and the outside of society, economy, technology, markets, and customers.” One of the leadership development keys to fulfilling this role, is that the executive needs to undergo robust communication skills training for leaders. In this post, we outline three (3) necessary skills and strategies needed to become a successful CEO… Enjoy! 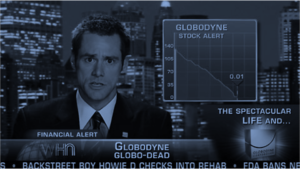 All managers and leaders need public speaking skills as part of their leadership development, but in the case of the CEO, it is not enough to speak to the workforce or the board of directors. Keeping the definition given above, the CEO is the face of the company that represents the organization in the media and industry forums.

If you get the time, watch the 2005 remake of Fun with Dick and Jane. At the start of the movie, Dick Harper (Jim Carrey) is made the Vice President of Communications at his firm. The very next day, he is called to appear on a financial TV show, where the host and a politician lambast him with questions pertaining to the fiscally irresponsible behavior of his company.

No, Dick Harper doesn’t use his charisma to navigate through the interview and ultimately become a successful CEO (he ultimately becomes a crook). But this scene goes to show what happens when you have the wrong person representing you in media. It also highlights the importance of public speaking skills as a leader.

#2 Assertive, But Not Aggressive

Leaders command attention. The CEO doesn’t rely on his title alone to get people to listen to him. He makes sure that people are listening. They not only use the right words, but also exhibit proper body language. But a defining trait of successful CEOs is that they are assertive. They stand tall, speak with confidence, and get their point across, and sometimes do so without being confrontational.

This also includes the ability to command and control one’s emotions. Without being rigid and cutting others off, CEOs can sufficiently disagree with others and execute their ideas. Conversely, they know how to appreciate others without being overtly emotional.

#1 Being a People’s Person

An important aspect of leadership communication in leadership development is emotional intelligence (or EQ). This is where a CEO successfully leads a team by making those around them feel valued through the use of “street smarts”. Once again, this further relies on a variety of communication skills, such as maintaining eye contact, good listening skills, and most importantly, empathy. Important to note here is the ability to listen to their “gut” in such situations.

As the key link between the organization, the industry, and society in which it operates in, the CEO needs to have communication skills instilled that include empathy, active listening, public speaking, and confidence.

For more information on Tip of the Spear’s Business Advisory Services where we specialize in providing communication skills training for leaders, executive coaching, and leadership development use the CONTACT US page of this website.