The Point: If you’re looking to rehire a former employee that has terminated (either by themselves or your organization’s doing), there are certain aspects that you should weigh before making the decision. At Tip of the Spear, we believe that “those that once were that are no longer, should stay as such”… Na Na Na Na, Na Na Na Na, Hey Hey Hey, Goodbye! 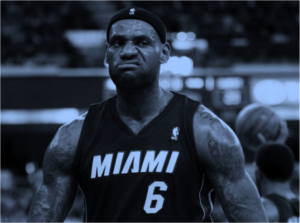 Lebron James recently made headlines (again) for deciding to once again grace Northern Ohio with his presence, by returning to the Cleveland Cavaliers. For $42.2 Million 2-year contract is one of the richest in history, and word is that he has his eyes set firmly on the future (Good thing, they might not make the playoffs next season!) So we got to thinking whether or not rehiring former employees makes sense in the business world (let alone the sports world, which some would argue is one of the largest businesses on the planet). Here then is a list of song-parody pros and cons you should consider before rehiring former employees:

It Was The Heat Of The Moment (Thank you Asia!)

Sometimes dismissals, or terminations occur because of the “heat of the moment” when cooler heads clearly could have prevailed. I worked one time with a sales manager who would repeatedly belittle his staff. His turnover as a result was deplorable (single-handedly the worst leader I’ve ever seen at nearly 500% annual turnover… Yikes!) He would fly off the handle at a moments notice, and as such lose his “cool” and fire people. Sometimes, and this was the rarity, people would actually want to take him out back and fight him (Yes, it was Texas for those of you wondering).

Regardless of what the temperature of the moment is, it’s important to note why people left (What caused their dismissal from the organization). Detailed notes should be kept, and placed in appropriate HR employee files, secured under lock and key.) Exit interviews should also take place, and corresponding leaders identified as reasons for dismissal should be coached/counseled accordingly.

Time Heals All Wounds, Except Those It Shouldn’t! (Who Knew Jon Secada sang this?)

They say that time heals all wounds. Yes, with the passing of time wounds do seem to improve. However, I equate this to “smoke” and “fire” where the wound is the smoke and what caused the wound to be the fire. If you’re job as a leader is to put out the fires before they occur, then why would you look to potentially re-open old wounds (The scarring is twice as bad!)

Employees that depart should have clear documentation regarding why they left. There return should not be allowed.

Nobody Does It Better (Thank you Carly Simon!)

Ok, sometimes there is such great intellectual property with an individual for an organization that there is often little/no one that can do their job function the same.

However, in a Google-world where everyone is now 3-clicks away from learning everything they need to know, does the concept of intellectual property really come into play for employment? I worked with a leader who typically rehired his previously dismissed staff, only to have them hold him hostage. When he tried to “escape” from his hostage position, there was little he could do (The chains were often too tight!)

Always be recruiting, and look for transition of knowledge in your staff in case of pre-termination termination.

If you’re considering rehiring an employee after they’ve been dismissed from your organization, you might want to think again. Best of luck Cleveland… I hope it’s a long season!