The Point: Ever wonder what the parallels are between The United States’ Navy’s Sea, Air, Land Teams (known as the Navy SEALs) and your daily business activities? After all, in your daily leadership role for your organization hopefully you’re not in live “combat” situations (This is quite the leadership challenge!) So what similarities do exist, and once identified would be the potential for greater success in your civilian leadership role? In this post, Tip of the Spear takes a look at the incredible awesomeness (no other way of saying it) that a Navy SEAL experiences and points out four (4) conditioning secrets that you can use to better yourself, your team, and your organization! 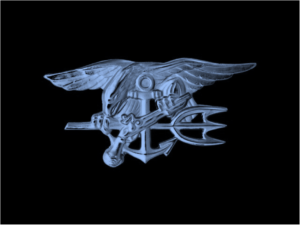 The Navy SEAL’s motto is ‘The Only Easy Day Was Yesterday.’ The most revered, versatile and skilled units in the world may have a thing or two to teach you about leadership development. Navy SEALs are considered the ultimate warriors of the United States Military Special Forces, and for all the right reasons. They are motivated, dedicated, focused, well trained, passionate and specialists in troubleshooting the unexpected. Perhaps not as aggressive and dangerous, but leadership challenges also require someone with similar skills and personality traits to plan accordingly and execute in business situations. See if your leadership development program measures up to these incredible standards!

The biggest weapon that the Navy SEALs officers have are their heads (think of it as their thought patterns, with mind over muscle/matter). Physical wellness can only get you so far without mental agility. Mentally strong are those who don’t feel sorry for themselves, don’t let the opinions of others get to them and do not use failures as excuses to give up. Other common traits of mentally strong people include those who welcome change, are risk takers and don’t waste time on things that they cannot control. If your heads not in the game, don’t expect those assigned to you to follow for very long!

Lead by Example and Sacrifice

Here is another one of the leadership challenges: Your team wouldn’t jump in the business “fire” until they aren’t are sure that you would be willing to do the same for them. Navy SEALs officers don’t throw their teams in the line of fire while they stand securely in safer zones. If anything, they lead the team into the danger zone. That’s exactly the kind of attitude a strong leader needs to demonstrate as well. Remember, leaders lead!

Don’t expect your team to lose sleep for three consecutive nights in a row while you sleep tight and then eventually take the credit for all their hard work. Nobody likes a leader that carries the ball into the end-zone from the 1-yard line if the team was responsible for going the majority of the way down the field. Doing so makes your team lose morale and just might make you lose a highly valuable team. Your team needs to know that you have their back and are willing to get dirty in the trenches with them not just at the end when the scoreboard gets lit up, but all the way prior to that time.

The SEALs are not asked whether or not they are ready to take on a challenge. They are told to ‘Make it Happen.’ The boss or commanding officer does not care how their team accomplishes its goals as long as they can be assured that the job would be done (within certain limits, right?) This shows the team that their leader trusts them to make the right decisions and to take responsibilities of the tasks at hand. You, as a leader, in your leadership development need to show similar faith in your team and allow them the opportunity to “Make it Happen!”

If a team is not allowed to get out of their comfort zones without fearing consequences, their contribution to the force, whether in the battle zone or at the workplace, would be highly limited. As a leader, you need to eliminate parameters that restrict you and your team’s progress. Find the internal motivations for people to do what you need them to do, as well as the extrinsic motivations. Inspire them and encourage them to get out of their comfort zones. You need to continue setting new goals for yourself as well as the team to take you to the next level.

Any project (whether on the battlefield or in the office) and any task (whether it is to defend your country or your company’s integrity and reputation) requires hard work, determination, multitasking, discipline and the right attitude. Navy SEALs may have a task much more difficult and different than youear leadership role (mistakes cost lives, not loss of jobs!) but it is eventually all about taking the bull by its horns and turning the odds in your favor. Your ability to focus as a leader, recall your leadership development lessons, and execute accordingly in order to be successful!

For more information on Tip of the Spear Leadership Development programs, CLICK HERE.