The Point: Less than 10% of all employees trust their leaders. Only 40% of leaders have a high view of their organizational leadership, while only 1 in 4 people in HR are satisfied with its company’s senior management. Meanwhile, investments in leadership development continue to be rolled out in billions. But since we are not seeing the necessary results, many question the very need of paying for leadership development. So we thought we’d ask… Is leadership development a waste of time? Unequivocally we can say that we don’t agree, and here are three reasons why… Enjoy! 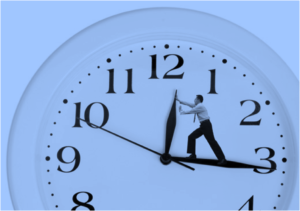 A Leader Connects the Dots

Taking an example of sports entertainment, the demise of World Championship Wrestling (WCW) serves as the perfect example of how a lack of leadership can bring a multi-billion dollar corporation to the ground, even when they have all the right tools in place. WCW hired the top wrestling talent and executives not only from its rival promotion, but from international companies as well. It had wrestling stars that actually made sports entertainment popular in the 80s. Then there were celebrities like Jay Leno and KISS who made frequent appearances on the company’s shows.  Most importantly, WCW has the backing of a media giant.

So what went wrong? To start off, no one knew who the boss was. Decisions were made at the last minutes, and no one was there to control the inflated egos (and inflated paychecks) of the top stars. In the end, the company was acquired by a rival promotion which WCW had outrun in TV ratings for a better half of the late 90s. The difference: this other company was run by an innovative leader.

When only 7% of employees trust the top executives in their company, we have a serious issue of workplace motivation. Yes, good paychecks, job security, and employee benefits go a long way in motivating people to bring out their best for a company, but let us not forget the role of a leader in maintaining job satisfaction in his team.

We can relate this from personal experience how many people resign on the spot when they hear about a senior manager leaving the company. While they may not admit it when given job satisfaction surveys, the reasons that employees give for resenting work boils down to leadership. They will use words like ‘low morale’ and ‘poor communication’, they are obviously talking about the quality of leadership in the company.

Once again, even if all pieces of the puzzle are in place, employees will still feel de-motivated if there is no genuine leadership above themto guide them.

Finally and most importantly, a leader plays the same role as an editor of a major publication. You see, no matter how many great writers contribute to The Chicago Tribune or The New Yorker, what makes a publication stand out is its unique voice that resonates through every piece of content in its pages, even the ads. A typical newspaper editor has to sift through millions of words everyday to bring out the best articles and stories that stick true to the publication’s overall theme.

This is exactly what a leader does. Using robust communication skills, he instills the company’s vision into each of his employees so that everyone works towards a common goal. He spots the best talent, and deals with the bad seeds effectively. But while an editor may work in anonymity, CEOs and other business leaders are constantly being monitored, both by their team and the industry at large.

So, considering how important leaders are, the cost of not paying for their coaching and development is too significant to be expressed in numbers.

There is a definite dearth of effective leadership in corporations across the globe, which is why we cannot disregard the importance of leadership development. At the same time, unless such programs are tweaked to take these challenges into account, we are not going to see radical changes in the way things are run.

If you’d like more information about Tip of the Spear’s Business Advisory Services, consisting of Centered Executive Coaching, Leadership Development through ‘The Leadership Challenge’ methodology, and Communication Skills Training for Leaders use the CONTACT US page of this website.