The Point: If you always operate in the “safe” zone, you’re probably not going to achieve much! At Tip of the Spear, we work with some of the best leaders in the world. Now not all of them initially came to us that way (some organizational sponsors would argue 180-degrees divergent from “best”!) Overcoming leadership fear is a key aspect of your career trajectory. Disregard and live in fear, and your career is likely to stall/crash/burn. Pay attention and conquer, and you may know no limits! The following post provides an overview of why you might be scared as a leader, and provides 10 tips to assist you in overcoming leadership fear… Enjoy! 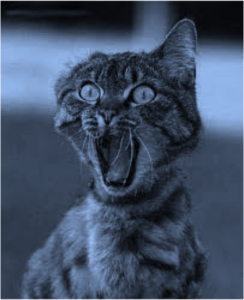 When I lived in New Orleans, Louisiana we had a saying… “If you’re scared, say you’re scared and move on!” Believe me, as a first-time leader there were plenty of moments of doubt, fears, and even a few tears. It wasn’t until I had multiple encounters (read that “I’m a slow learner” or just stubborn) that I finally did something about the way I was leading from a fear position. Leading from a fear position caused my decisions and ensuing actions to be far short of their potential success. I realized that I was giving way too much credit to the concept of fear. I changed the way that I perceived fear and the way it affected me.

Lead from the Front

I began a process of transition by which I started initiating my own projects, establishing goals/objectives aligned with corporate directives, and preparing/feeling mentally strong. I think something that many of us don’t realize as leaders is that everyone is scared at one point or the other. What separates winners from losers typically is how you deal with the fear. Some could argue that dealing with fear is similar to an addiction… It could very well be a constant battle. Experts in the medical arena say that an addict considers themselves an addict for life and the fear of leading then could be one that never truly goes away. However, the more you lead, the better you will be able to deal with facing fears head on. It’s unrealistic to think that you can get over the fear of leading if you don’t ever lead, right?

With leading from the front in mind, here are 10 tips to overcome leadership fear:

Tip #10: Remind Yourself That You’re Safe

Often times the leaders we meet with at Tip of the Spear believe that there decisions are life or death. Not to play up the difference, but typically the leaders aren’t making live/don’t live decisions in their businesses. As such, remind yourself that you’re operating in a relatively “safe” environment and that your decisions are not fatal if not executed properly.

Let’s face it, some projects simply have more riding on their success than others. So prioritize your fears accordingly. If there is relatively no danger, stop putting yourself through the paces of making a bigger deal than the situation deserves.

In our Centered Executive Coaching programs, we typically elicit participation from a leaders stakeholders (i.e., Their peers, subordinates, and superiors). One thing that we’ve seen time and again is that fear escalates when there is little/no trust existing between the leader and their stakeholders. Stephen R. Covey wrote a great book titled “The Speed of Trust” in which he details out ways in which leaders (or anyone for that matter) can build trust. NOTE: This is not an overnight project, so establish an appropriate timeline!

I’m currently participating with several leaders on an experiment regarding distractions. The project hypothesis is that if you can create a distraction free environment, you’ll be more productive as a leader.  The results so far are promising (Leaders that eliminate distractions at work appear to be nearly 1/3 more productive than their distracted peers).

If you want to overcome fear, increase your knowledge, access appropriate tools, and practice continually. One of the leaders we work with was simply lousy at project management (Their annual performance reviews pointed that this was one of their primary weaknesses, causing their career to plateau). A few project management books later, a certification from the Project Management Institute, and executing what they’d learned and you’d never know that this was a weakness.

Yes, I said it… You might want to remember to take a deep breath or three when you feel the anxiety of fear creeping into play. Studies show that taking several deep breaths allows you to once again gain clarity/increase focus on what’s really happening/important.

You’re a leader and you don’t want to come off weak to your stakeholders (What type of leadership development program did you participate in if you are?) We get it… Unfortunately, puffing your chest out and “pretending” that you know everything all the time is putting you in a worse position than necessary. Be transparent about what you know/don’t know and ask for help.

Once you’ve established that you might be irrational when it comes to fear and the affect it has on you, recognize those moments and block it out. Practice for these situations to do your best work, and visualize what success will look like.

Conduct a debrief with yourself at the conclusion of every day. Ask yourself what you would do the same, different, add to, etc.

Fear is a normal occurrence for a leader. Those that are successful participate in leadership development (either formal or informal) in order to overcome their fear of failing. We hope that the proceeding ten tips equip you with techniques to assist you and your leadership efforts.

For more information on Tip of the Spear Business Advisory Services including Centered Executive Coaching, Leadership Development, and Communication Skills Training for Leaders use the Contact Us page of this website.